This July 4th, represents the best of American symbolism. Many will gather to celebrate the founding of our country with symbolic tokens of our shared identity. We’ll eat hot dogs, watch fireworks and dress in red, white and blue. For most of us, these celebrations seem like lighthearted summertime fun, but in reality this ritual of coming together in community helps to express the bonds that unite us.

It’s no coincidence that July 4th celebrations gained popularity at a time when our nation was in crisis, after Lincoln’s famous address on the battlefield of Gettysburg.

The simple gesture of sharing a meal, singing the anthem and joyfully uniting as a community of Americans represented, then and now, our commitment to unity.

These symbolic statements might be the most visible on holidays like July 4th, but throughout the year they bind us to our nations, families and yes, even businesses. Symbolism is the tool that we use to create and express a shared landscape of meaning that encourages collaboration and transforms individuals into communities.

A discussion of the power of symbolism might not seem like it belongs in the world of corporate culture building, but let’s take another look.

Since the dawn of civilization, humans have been using symbolism to align themselves into groups oriented around action and changemaking. Working solo, a single hunter with the right tools and good luck may be able to slay a wild boar. But when united with a tribe, the same hunter can begin to farm, to save excess grain — in short, to perform all the actions that transformed humanity from a collection of individuals into the most successful species in known history.

One of the first to assert that brands, like tribes, could use symbolism as a source of psychological and emotional power was groundbreaking academic Dr. Terrance Deal in his bestselling, oft reprinted book Reframing Organizations. Dr. Deal believes that using the devices of symbolism, including rites and rituals, symbols and icons and ceremonies and celebrations, can perform the same act of transmutation that early humans underwent in their transformation from scattered groups of individuals to a thriving global society.

Using symbolism effectively allows groups to arrange organizational culture purposeively around brand, aligning culture in a clear, functional and emotionally coherent way to the brand it represents. To interpret symbols as they are intended, their meanings must be socially shared. They need to be “socialized“. In short, symbolism is a much overlooked yet critical aspect of creating a culture of success, encouraging worker loyalty and retention and helping attract new employees who will be drawn to the brand not only for the possibilities it represents for themselves as individuals, but for the chance it offers them to feel a part of something more. 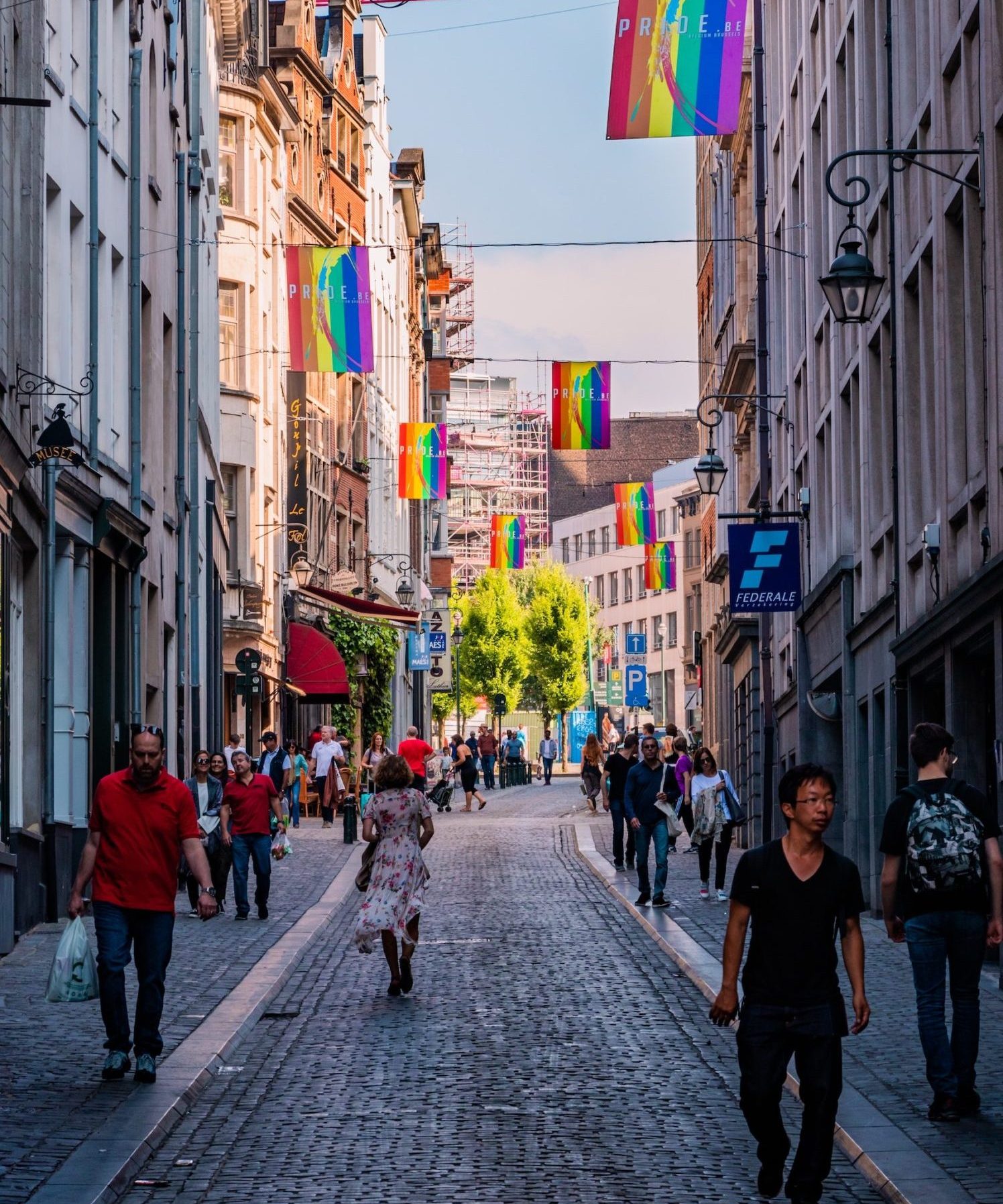 Some organizations have borrowed national symbols like flags to show solidarity or support. Over the last few months, as the conflict in Ukraine rages on, some companies have shown support for the Ukrainian people by adopting the flag or its colors in their logos, in billboards or even on their buildings. Other companies like Exxon have taken an opposite approach by banning the use of all non-government flags. This move angered some employee groups, such as supporters of the LGBTQIA+ community, as in the past, the flagpole had been used to fly the gay pride flag, which workers found a symbol of support from their employer.

According to Dr. Deal, there are a number of important steps to establish a shared symbolic identity to unite their workers. We recommend checking out the book to discover them all — but to save you some time, here are the big three.

When Dr. Deal discusses rites and rituals, he doesn’t mean that you need to convene employees for a ceremonial dance or to howl under the moonlight! In work culture, rites and rituals can be anything from the established systems from which important events like hirings and promotions take place to spontaneous events that spring up from a place of worker enthusiasm, as an expression of collective unity.

Within an organization, rites and rituals serve the critical function of creating a space for employees to acknowledge the place they occupy within the larger systems of the workplace. In tribes, these events include myths, heroes, metaphors, stories, humor and play. And within the workplace, they often show up in similar guises, like the shared language used by teams or the inside jokes passed from worker to worker. As Dr. Deal puts it, “Ritual forms a segment of reality, functioning as a frame within which we define ourselves.” And when the individual is strengthened, so is the whole. Employee Benefit News writes, “The predictability of the rituals and the depth of their meaning combine to help keep organizational culture strong.” 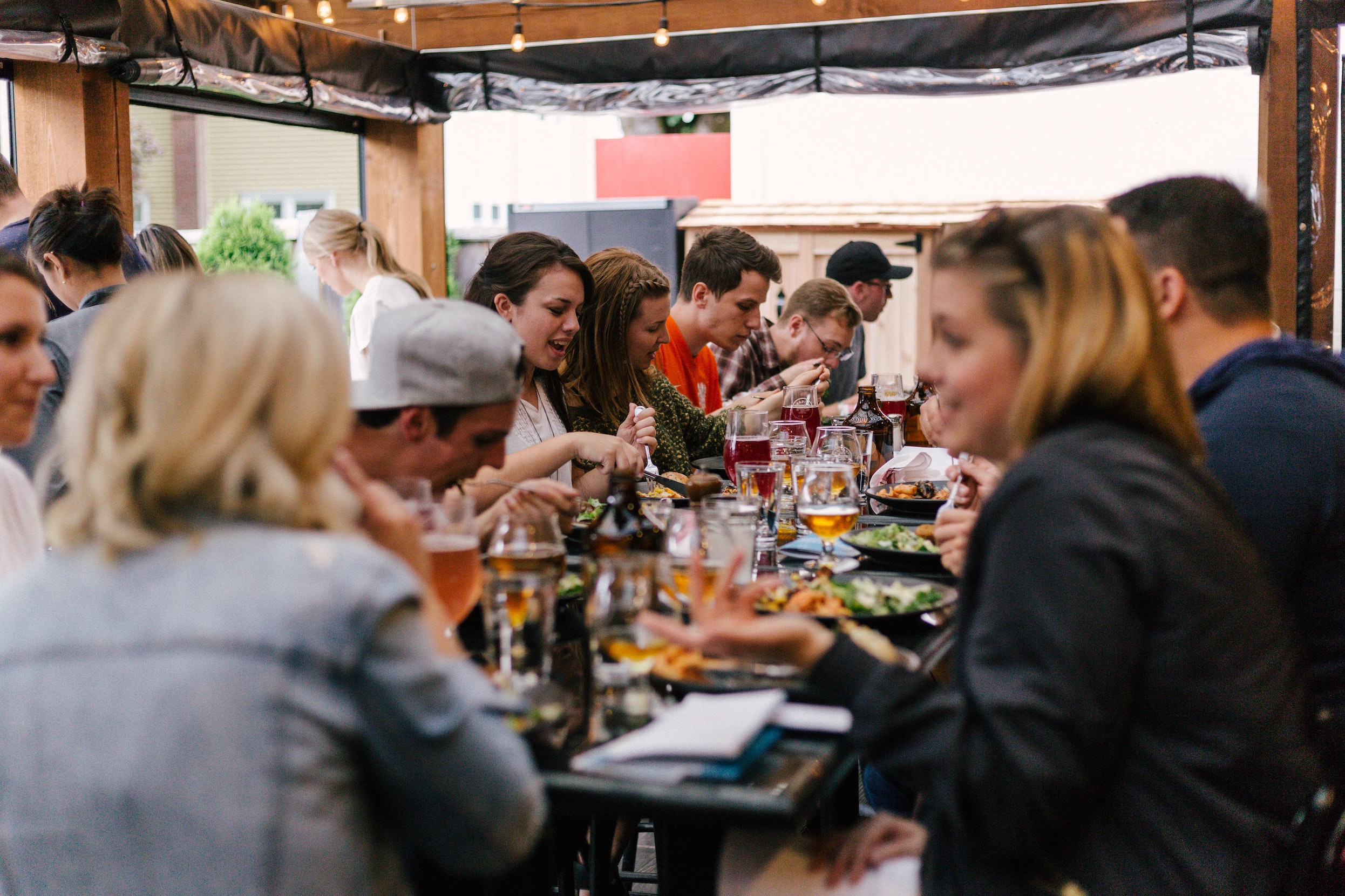 The classic 4th of July picnic is another example as according to a recent survey by Accountemps, about half of American companies provide some type of summer company picnic or equivalent gathering. Gathering around food can create space for connection and celebration as a nation, and between coworkers. Another great example of this is with Warby Parker’s weekly “lunch roulette” tradition. Once a week, four randomly selected employees are sent out to lunch together and given a chance to become more familiar with each other. While this ritual has the benefit of helping individual employees connect, its symbolic value is far more powerful. Dining together is one of the ways tribes – and humans everywhere – express connection and trust. By drawing on this ancient symbolism and inviting employees to share a meal in harmony with their coworkers who they may not have even met before, Warby Parker sends the powerful message that they consider their workforce to be a mutually supportive community.

The State of Employee Engagement Report (2019) says 33% of employees aren’t reminded of the mission often enough. Symbols can alleviate that problem. As described by Dr. Deal, a workplace symbol might not be as obvious as the logo on corporate stationery or even the statue of the company founder erected in front of the building. Instead, symbols and icons in the workplace can be any physical objects that embody symbolic meaning. Viewed within this light, any object or physical circumstance that employees engage with every day can become a vector of powerful symbolic force.

One example he draws on in his book is the way that clothing can serve as a symbol of our personalities within the office work culture, offering insight into our professional aspirations. Consider the stereotypical wardrobe of the startup founder, who appears at meetings in a comfortable gray sweatshirt rather than the suit and tie his predecessors in the world of leadership considered de rigeur. In choosing to commit to this more casual appearance, more casually dressed leaders communicate to their employees that they consider their relationship to be more of an accessible peer-to-peer connection, suggesting their openness to the communication of the new ideas their companies need to remain competitive in the ever-changing technological marketplace.

Last but not least, the special occasions presented by the ceremonies and celebrations of the modern workplace.

Celebrations in the workplace often serve the function of elevating individuals and asserting their status within the team — as is the case with birthday and retirement celebrations, as well as ceremonies that honor major life events like the birth of children or a wedding.

Ceremonies are celebrations made ritual, tied to shared actions rather than the recognition of an individual employee’s life milestones. A perfect example is the chant performed by Walmart employees since the concept was introduced by founder Sam Walton in 1975. Used to kick off shifts, meetings, and other places where employees meet in a spirit of collaboration, the Walmart chant gives workers a shared ritual that solidifies their experience of a collective group identity through a playful ceremony that expresses the company’s core values of helpfulness, optimism and good cheer.

For nations and organizations with a strong sense of shared symbolic identity, Dr. Deal says that these celebrations of the individual must be reinforced by celebrations of the collective. Events designed to honor team achievements, mark important company anniversaries or celebrate organizational success in a ritualized manner can help achieve the sense of celebratory cohesion that is such an essential part of the role these ceremonies play.

It’s no secret that atomization is a major crisis across global workplaces. Researchers speak of a loneliness epidemic, asserting that 36% of all Americans, and as many as 61% of all young American adults, feel themselves to be profoundly alone. Church attendance, community engagement and a shared sense of identity were already on the downslide prior to the Covid-19 pandemic, and in a post-Covid world many are left feeling more alone than ever before.

Creating a workplace that provides employees with a shared sense of meaning can help address these feelings, and establishing a communal symbolic identity is the key to achieving that goal.

Just as a national anthem enlivens the collective spirit of a nation, sometimes workplace anthems can do the same by bringing people together around a common message and boosting the spirit. Princess Cruises offers a great example of this on each of their ships during turnaround days when the crew works hard to prepare the ship for the next group of passengers to embark. These days are busy and can be very challenging. So to boost the spirit of the crew and to engage guests, an anthem plays when the ship leaves port, offering a sense of belonging to keep the crew motivated and guests inspired for the voyage. The result is to reinforce the Princess Cruises’ Shared Purpose “to share our world, to share our hearts and to create lasting memories.”

When workplaces successfully establish their own symbolic presence, workers can look to it as a touchstone that enlivens and unites them in their work. When they feel more connected to an organization, it’s more likely they will stick around longer, committing not only to the daily tasks their jobs require of them but also the larger and more meaningful work of building a career. A shared symbolic identity develops a shared sense of self, and the relief that comes when a once isolated human individual knows that they have found their tribe.

Despite Fed tightening and talk of growing economic headwinds, unemployment and the supply of available skilled workers remains at historic lows. There’s one topic on every employer’s mind: finding the best way to recruit workers, and making sure they stick around. It’s easy to focus on flashy external perks like highly designed work spaces or flexible […]

This Spring, the world watched in horror as the invasion in Ukraine became the largest refugee crisis in Europe since WWII. A war like this is not something we were expecting to see in 2022, nevertheless we believe it is our duty as human beings to support those in need at this time. While we […]