Mobile World Congress Los Angeles just wrapped up a jam-packed week. It’s always a whirlwind of activity at MWC, with a full slate of client meetings, presentations, product launches, exciting companies coming up the ranks and the general feeling that we have a front-row seat to what’s new and next in tech innovation.

Newly-christened this year as MWC19, the Los Angeles edition of the event is the fledgling offshoot of the mothership, held annually in February in Barcelona. While the Barcelona version boasts over 100k (!) attendees and represents hundreds of millions of dollars in marketing wattage, MWC LA is the more modest US version, with slightly more than 20k attendees.

There are notable differences between the two events. Clearly MWC LA is much smaller and feels slightly more subdued, though it has evidently doubled in size since its inaugural edition in 2017. Also, the move from 2017’s San Francisco location to Los Angeles, which will be its permanent home, underscores the Hollywood + tech differentiation that the event seems to be incubating as its principal positioning. 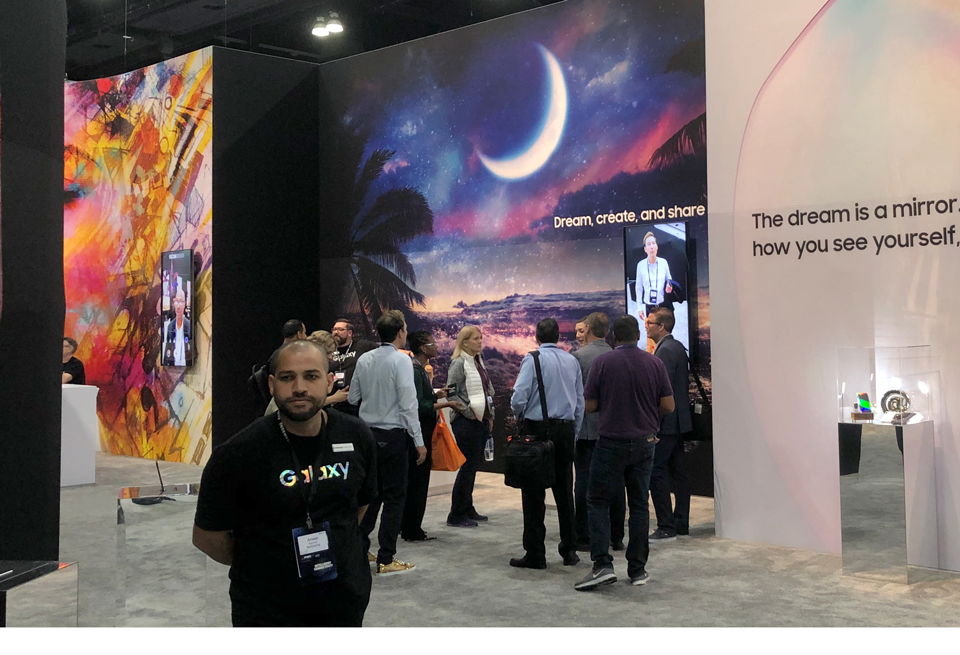 The symbiosis continues to develop between tech and media. Amazon and Apple, amongst others, are building out their content studios in Los Angeles in an accelerated sprint, with this branded content taking on increasing prominence and budget. A major theme of the show was the confluence of the capability that 5G will bring to rapidly stream content with imperceptible latency, joined with tech companies starting to build their own content machines. Panel sessions with attendees as diverse as YouTube, the NFL, Verizon and a women’s skateboarding media platform called “Yeah Girl,” were the norm. We’re very curious to see how these tech and proprietary content relationships evolve.

5G: Full of Hope and Hype, but Where and When?

To no one’s surprise but to everyone’s interest, 5G networks and their accompanying accoutrement of devices, apps and platforms continue to be the focal point of the show.

After several years of fits and starts, the networks finally seem to be gaining traction in multiple geographies. Verizon, for example, has already rolled out 5G in a handful of major US cities, expecting to hit 50 by the end of 2020. Not to be outshone by its bigger rival, Sprint’s main visual at the event was a massive display of its 5G-enabled cities. 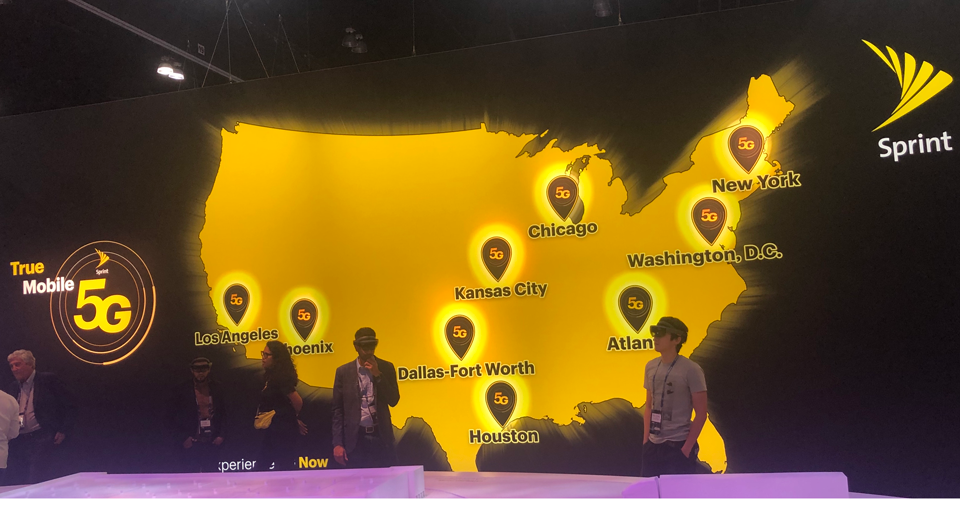 Where in the World Is Huawei?

While Ericsson and Nokia mustered the expected robust presence at the event, Huawei was nowhere to be found, not surprising given the political turmoil and government crackdown the firm has faced this year.

There were interesting theories around the impact Huawei’s absence from the market is having on other network providers and their telco clients, now that the sanctions have had some time to marinate, namely that rather than providing an advantageous commercial boon to Huawei’s rivals, the network industry has experienced a generalized slowdown as a result. If one of the major players is down for the count then there’s less competition and diversity in the market and deal terms might not be their most optimal, ergo a noted reticence towards investment and a wait-and-see attitude.

That said, in regions less concerned with the political fallout of Huawei, 5G ramp-up continues apace. We spoke with several operators from Southeast Asia who are scrambling to get 5G out as quickly as possible, albeit with an end-of-2020 timeframe.

Across all three events, this year’s broad MWC theme was Intelligent Connectivity. This principally refers to the Internet of Things (IoT) and the innumerable touchpoints the enabling technology has across multiple industries. Most connectivity conversations at MWC revolved around connected vehicles and the glacially slow arrival of fully autonomous vehicles and the expected data boon they’ll bring.

There were many examples of industrial-scale deployments of IoT sensors, for example in the case of smart cities, another major talking point. Cities such as Barcelona, Atlanta and Los Angeles have all developed substantial smart city programs based on IoT, though much of the conversation concerns how to monetize IoT for smart cities, since the principal buyers of the technology are often municipalities with limited budgets.

We also heard the important corollary conversation around IoT regarding data access and device security. This was in tandem with the ethics of IoT, e.g. we can now embed an IoT sensor into a medical implant but then what are the implications for data privacy? Yes, we constantly track a device’s location, but should we? All important questions… stay tuned!