While we all try to dig to the root of the Great Resignation and look into the best ways to staunch the bleeding, it’s worth considering the issue of overall compensation. In the words of one Los Angeles construction company boss – when it comes to employee retention, raising wages is “the easiest way… also the hardest way.” It’s never popular to argue for increasing expenses, but we are at an economic moment where higher pay may actually be one of the most efficient and effective methods to improve employee satisfaction, engagement and retention.

The Stress of Financial Stress

There’s a longstanding idea that has become part of the received knowledge about Millennials and Gen Z suggesting that a decent payday isn’t that important to them. It’s usually some variation of the headline “Gen Z Prefers Purpose Over Paychecks” or “Millennials Want Meaning More Than Money.” And companies seem to have taken the headlines at face value – Millennials earn less than previous generations, 20% less on the whole than boomers at the same age despite higher levels of education, higher debt and less wealth. Financial stress has saddled an alarming number of workers under 40 with mental health issues and feelings of burnout. To put it bluntly, for many of this generation work hasn’t been worth it. 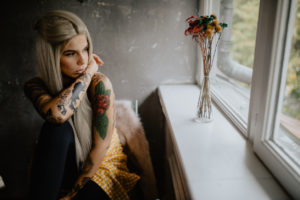 Over the past decade or so, Millennials balancing student loans and stagnant wages in the face of inflation and skyrocketing housing costs have learned to accept the reality of living with financial instability even while steadily employed. That acceptance makes the idea of quitting a job and chasing more personal pursuits much less of a risk than it would have been to Boomers, or even Gen Xers. As one 29-year-old who quit a DC Federal Agency and started acting says, “I have as much chance in something as insane as Hollywood as running the gauntlet at a government job.”

Viewed from a certain angle, the Great Resignation is a younger workers’ de facto strike. While not the whole picture, the financial prospects of Millennials and Gen Z are certainly contributing to overall worker disillusionment. Companies that have the option to increase compensation, in conjunction with Retention Interviews, will find themselves with a workforce that is much more willing to engage in the future of the company.  And it looks like many companies have already begun. 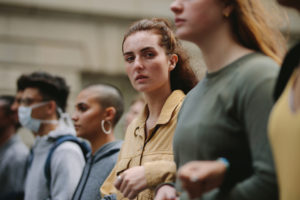 In a December 2021 Report, The Conference Board projected that overall salaries will increase more in 2022 than they had since 2008. The executives surveyed offered inflation and a tight labor market as reasons for this increase, but the raises aren’t strictly reactionary.

Evidence has been mounting to support the economic concept of efficiency-wage theory, suggesting that offering above-market wages more than pays for itself in increased productivity, reduced need for recruitment and even preventing sabotage. In one study a $1 (to $18/hour) raise was shown to increase retention by 19% and productivity by nearly 10%.

Large companies like Chobani, Wayfair and Ethan Allan are all experimenting with the concept, though none as visibly as Amazon who recently announced an $18/hr starting wage for 125,000 new hires. Amazon had already set a company-wide $15/hr minimum wage in 2018 and a competitive benefits package for full-time employees, including an education benefit that would pay full tuition for hourly workers.

And it’s not just big corporations increasing wages — NYC Restaurant Dirt Candy began paying their entire staff at least $25/hr after seeing how employees struggled during lockdown. Ever since, owner Amanda Cohen says “we have not had a single problem with finding staff.” Of course, the vegetarian tasting menu restaurant also has a clear purpose that appeals to employees seeking meaningful work – but to Cohen that mission was worthless if her staff was struggling financially.

It may take some time to see the full implications of these pay raises. Smaller businesses often have the hardest time coming up with room in their budgets to increase pay, and the evidence on their success or failure is largely anecdotal. There are also still concerns that in the face of inflation, incremental raises actually amount to a pay cut. Still, compensation is trending upward and as more companies follow suit the incentive to raise wages will continue growing.

The theory supporting above-market wages has long existed, but we are at an economic moment where it also makes sense in practice. The Great Resignation is putting pressure on employers to make changes, while the largest generational cohort in the US is desperate for a path to financial stability. Purpose and meaning will remain important to subsequent generations, but companies serious about evolving their corporate culture may find that well paid employees are more receptive to those evolutions, and feel more empowered and excited to participate in crafting the narrative of the future of work.