Yesterday, Apple cut its revenue forecast for the first time in 15 years on the heels of slower sales in China. Today the company lost over 10% of its value. In one trading day. Not so very long ago, Apple had the best selling smartphone in China. Today it is a distant fifth. What phones are Chinese consumers buying instead? Phones from Chinese companies Huawei, Oppo, Vivo and Xiaomi grab the top four spots and a collective 80% market share. The dynamics that made Apple the first trillion dollar company on August 2, 2018 are under broad assault and can’t simply be explained away by trade war rhetoric. The lack of common understanding between the West and China and China and the West could make Apple look like the canary in the coal mine. 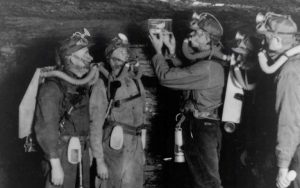 As part of a recent trip to China, BrandCulture obtained fresh insights across a variety of organizations, from major multinationals to industry associations to research clusters. Our goal was to more precisely understand the intricacies of the Chinese current business climate, but through a reverse lens: by studying those organizations looking to internationalize beyond the domestic Chinese market.

We found several common themes in our interviews, which we think provide critical insights for our clients seeking to do business with China.

The dark side of the moon

For many Chinese organizations, the United States and European markets are equally inscrutable and mystifying as the Chinese market can be for us. There are a variety of root causes, principally linguistic and cultural, but the Great Firewall blocking access to internet information flows only adds to the opacity. 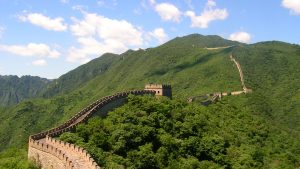 Chinese executives consistently posed questions that converged around a few common themes: What are major market trends in the West? What are successful strategies for connecting with consumers there? How can we differentiate our value proposition for them?

This gap in knowledge only compounds the lack of clarity in branding. Many of the organizations with whom we spoke offer incredibly advanced technologies, in many cases light years ahead of their Western counterparts. But in the context of commercializing their products, many Chinese corporations lack the polish of their Western peers. Even the most sophisticated technologies were hampered by poor translations, overly-technical information pamphlets, detailed deep-dive product presentations and a confounding lack of clarity often where a simple explanation would suffice.

All commercial organizations rely on MarCom channels  The situation is no different in China, but the West and China use wholly different and distinct communication platforms.

Baidu, for example, is China’s answer to Google (all Google products were blocked in China beginning in 2010 by the Great Firewall, but Google is endeavoring to rectify this through a censored version of its search engine with the code name Dragonfly). Just as it’s hard for us to learn how to effectively discern the types of companies indexed from Baidu or how to do SEO for WeChat (China’s principal messaging platform, parallel to WhatsApp), most Chinese organizations are also unfamiliar with how to do so for Google, LinkedIn and Twitter, the principal marketing channels in the West.

To understand the situation more completely, we arranged a meeting with a local social media expert with an excellent reputation among expat companies looking to sell in China. The European agency’s expertise rests in its technical understanding of Chinese social media options – details like all posts need to be vetted first for prohibited keywords! Think that’s silly? Think again. Offending organizations face fines of €25,000. In a market as particular as China’s, brands just can’t wing it. There’s no substitute for investing in boots on the ground local knowledge.

Does China even need the West?

Chinese companies that follow Apple’s model and compete on sleek, simple sophistication often do well in the West. Huawei, for example, despite its recent setbacks in the US market, has been able to successfully make the jump out of China. Similarly, AliBaba has ratcheted up competition for Amazon. 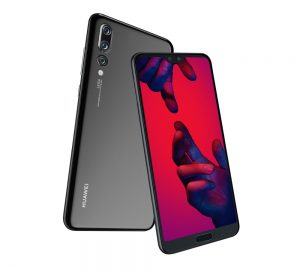 That said, most of us can probably name on the fingers of two hands the number of Chinese multinationals we might wish to do business with regularly. Time and again during our meetings, our Chinese counterparts hesitated when pressed to define their plans for international expansion. Their point? China’s domestic market with 1.4B people is so big that they have more than enough business to keep them occupied for years. Capturing even small market share percentages in China can have huge benefits.

In short, many in China today don’t see a pressing need to adapt their branding model to Western styles and needs. They may not need Western brands at all. It’s an interesting quandary, and one to which the West, particularly colossal brands like Apple, is unaccustomed: indifference. Could this be a harbinger of a greater branding shift to the East? Time will tell, but it may well provide rich spoils for the brands in the West that plan ahead and take notice now. Strap on your seatbelts.

For more thoughts on challenges and opportunities for technology brands, check out BrandCulture’s Technology Branding insights.