Apple Isn’t the Only Company with a China Problem: Alibaba Hot on Amazon’s Heels

With all of the hoopla surrounding Apple’s revenue warning last week that the company attributed to slowing sales in China, some may miss an even bigger clash of the titans brewing than Apple vs. Huawei—AliBaba vs. Amazon. AliBaba isn’t a household name in the United States and Europe, but it will be soon. With almost 700 million active monthly users, China’s answer to Amazon already has more than 60% of the Chinese e-commerce market and has set its sights on a fast and furious international expansion plan.

As part of our deeper dive into branding strategies in China, BrandCulture enjoyed an inside look at AliBaba headquarters in Hangzhou. There we gleaned fascinating insights into how the company is positioning itself to enter new markets, and what branding strategies they’re employing to differentiate themselves from their archrival that provides everything from A to Z.

Jack Ma and a handful of colleagues founded  AliBaba in 1999 in a small apartment in Hangzhou. 20 years later the company has grown into a vertically-integrated behemoth, still principally focused on e-commerce in the export-import sector, but now with important assets in entertainment, finance and cloud computing, among others.

The only way to describe the principal Alibaba corporate campus is “massive,” paralleling Facebook HQ in California–though not nearly as stuffed with entertaining perks as a Google campus. We spoke with a team from AliExpress, the division AliBaba launched in 2010 responsible for exporting Chinese consumer products to other parts of the world. At present, AliExpress exports China-made products. But that’s not the ambition. Regardless of how the trade war between the US and China plays out, AliBaba’s eventual goal is a platform to ship products from any one market to another, for example moving Spanish olive oil to Japan. In comparison, AliBaba.com, an older branch of the company, specializes in B2B wholesale. If, say, you need 5,000 or 5,000,000 light bulbs, head to AliBaba.com.

The company has set up another division, AliPay to facilitate financing and processing transactions. The other Alibaba divisions rely on AliPay for their back office transaction processing. AliPay has an important consumer component as well, integrated into most smartphones as a payment option.

And their e-commerce arch-nemesis? If AliBaba is to be believed, the strategy is not to go head-to-head with Amazon, especially in new markets, but rather to practice a careful segmentation and offer a different branding and value proposition.

Their perspective: Amazon is focused on delivering products rapidly and with optimal efficiency to wealthy markets, with minimal interaction with the platform and sellers. AliBaba, conversely,  positions itself as a more welcoming, entertainment-based offering, a “destination platform” where interaction between sellers and shoppers is inextricably interwoven into the value proposition. Where Amazon skews towards a more august buyer profile, AliBaba hopes to scoop up a younger, more tech-savvy consumer—one who embraces platforms that are not only e-commerce based, but which also provide community, connectivity, and entertainment.

An important footnote: AliBaba’s makes no bones about its core mission to help Chinese sellers go abroad. The company crows frequently about being a prized asset in China President Xi Jinping’s One Belt One Road strategy. 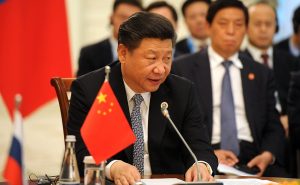 Both AliBaba and Amazon have demonstrated they can dominate their home markets. But will the same model work in Poland, Brazil, and Russia? In battlefield markets, where neither AliBaba nor Amazon has yet gained a definitive foothold, the two circle round each other uneasily. AliBaba reports anecdotally from Amazon-dominated markets that sellers bristle against the latter’s rigid structure and stifling seller parameters. Will AliBaba capitalize on this dynamic to gain allegiance and market share?

One thing’s certain—the e-commerce stakes couldn’t be higher, and brand differentiation may prove to be the deciding make-or-break factor for both organizations.  Who do you back In this race: the world’s richest man or one who may one day be?

The clothing brand Everlane is well known for its minimalistic approach to fashion but mainly its promise of producing ethically sourced, manufactured and priced apparel. The practice, dubbed “radical transparency,” was trademarked by the brand in 2017, now including the brand’s ethical labor practices and sustainability efforts. The Everlane site breaks down the cost to […]

From 2012 to 2018, millions of viewers faithfully tuned to the ABC series Scandal. Centered around the tumultuous life of Olivia Pope, (Kerry Washington) as she managed Capitol Hill crises and her personal life, the show kept viewers on the edge of their seats and wanting more week after week. “Olivia Pope is smart, runs […]

Among the many shocks and adjustments of Covid has been the near-total virtualization of the office workplace and the subsequent shift to full-time working from home (WFH). At first, the initial transition focused more on mechanics — how does Zoom work, where’s the best location to set up a desk, how to minimize distractions and […]

The recent Black Lives Matter movement has reignited conversation about historic statues and other symbols across the United States. The passion sparked when discussing statues of leaders who perpetuated racism and colonialism demonstrate how significant and powerful symbols can be. They represent the stories we decide to tell and become an extension of the community. […]